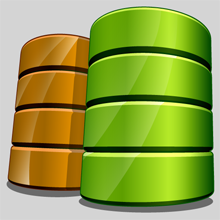 Today I’d like to share the steps I take when I need to convert a PostgreSQL database into a SQLite database.

Commonly I have to do this when a Ruby on Rails application is in production and I have to check some issues with the production data. In the production environment we usually use a PostgreSQL database and for developing I use a SQLite database, so we need some conversion.

Short story a.k.a I know what I’m doing.

So basically you can do the following 4 major steps to convert the PostgreSQL database into a SQLite database.

First we have to create a sql dump on the production server. I use the following command that results in a dump.sql file in the current folder:

After you created the dump, you have to download/transfer/mail/etc. that file so you have local access to it.

If you have ssh access, you can also run the following command, which will output the file directly on you local drive

There are a few manual find/replace and delete action’s you have to perform on the dump.sql file by hand.

2.1 Remove the SET statements at the top

You will see some statements at the top of the file like SET statement_timeout = 0; and SET client_encoding = 'SQL_ASCII'; etc. Remove all of these lines that start with SET, because SQLite doesn’t use these.

Under the SET queries you’ll see some queries to set the correct sequence for auto incrementing the id’s. SQLite doesn’t keep these value’s in a catalog and must be removed to prevent errors.

Remove all the line’s that look like SELECT pg_catalog.setval('MY_OBJECT_id_seq', 10, true);

The pg_dump generate’s true and false as value’s for the INSERT INTO statements. If we want to import these to SQLite we have to replace these to ‘t’ and ‘f’.

The first time I imported the dump (that was 2 mb) it took like 12 minutes to complete! After some googling I found out that SQLite’s default behavior is putting each statement into a transaction, which seems to be the time waster (after the fix it toke 12 seconds).

To prevent this behavior you can run the script within 1 transaction by specifying BEGIN; at the top of the dump.sql and END; at the end of the file.

So you would have:

So now we have fetched the production data from the PostgreSQL database, we need to recreate the development.sqlite3 database.

Make a backup and run the migration task

Side note when migrating

You must run the migration until the migrated version that is active on the production database. If not, you could have the situation where you have dropped a column and can’t import the dump because the data depends on that column.

Check the dump.sql for the latest version number in the schema_migrations table and migrate to that version.

The final step is importing the dump file. To do this we have to execute the following command within a terminal:

As you can see we first remove the records from the schema_migrations table, because these are also included in the dump.sql. Of course you could also remove the lines from the file, but I prefer this way.

The .read command just execute’s all the lines within the specified file.

And that’s it! You now have a stuffed development.sqlite3 database with all the production data out of the PostgreSQL database.